On Friday 8th March, 17 Ringwood School Sixth Form students and 7 staff members walked 13 miles around London at night in support of The Big Issue Foundation, a charity for the homeless.

Ringwood Sixth Form has supported the charity, by their involvement in The Big London Night Walk, for the past 9 years, raising thousands of pounds towards their vital work with some of the most vulnerable in society. Students never fail to be moved by the reality of homelessness on the capital’s streets, as they walk through the night, just as many are forced to do to stay safe and warm.

Last year’s event was hit by The Beast from the East and had to be cancelled. Although this was really disappointing at the time, it has meant that we have had a much longer period of time to fundraise so that this year we have been able to donate an incredible £6700 for the work of the charity. 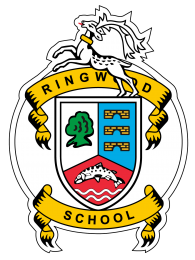